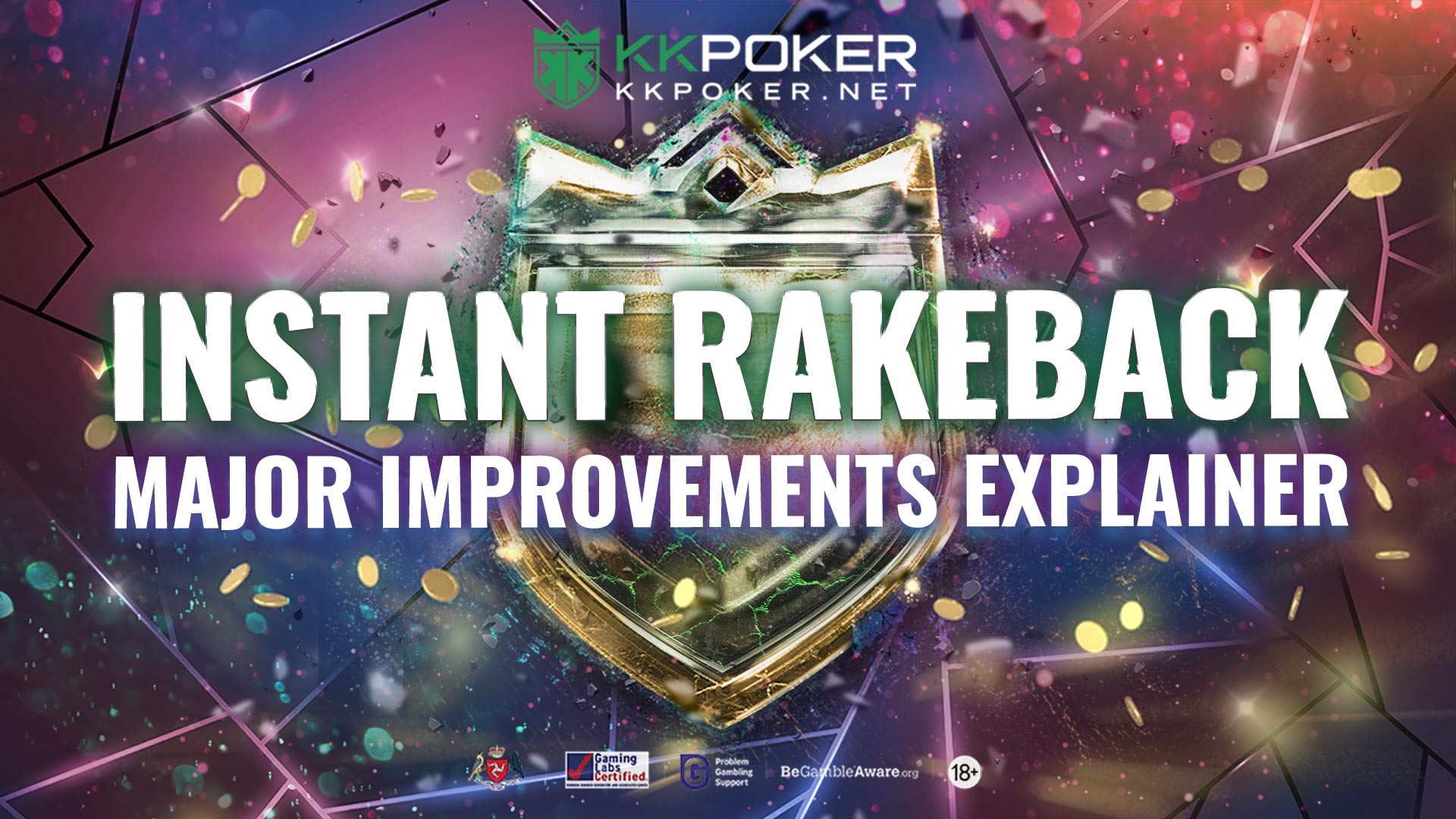 With the KKPoker update for Instant Rakeback on 17 Nov 2022, we are happy to announce that ALL of the players will be able to enjoy Rakeback instantly after every game.

Here, we would like to demonstrate the major improvements & changes allowing you to enjoy the games more!

To Players who did not have rakeback in the past

All players will start with 5% System Rakeback from now on. If you did not enjoy any rakeback in the past, you will now enjoy rakeback in every game, and level up to 50% as your EXP grows!  (Paid Game Fee * 10) 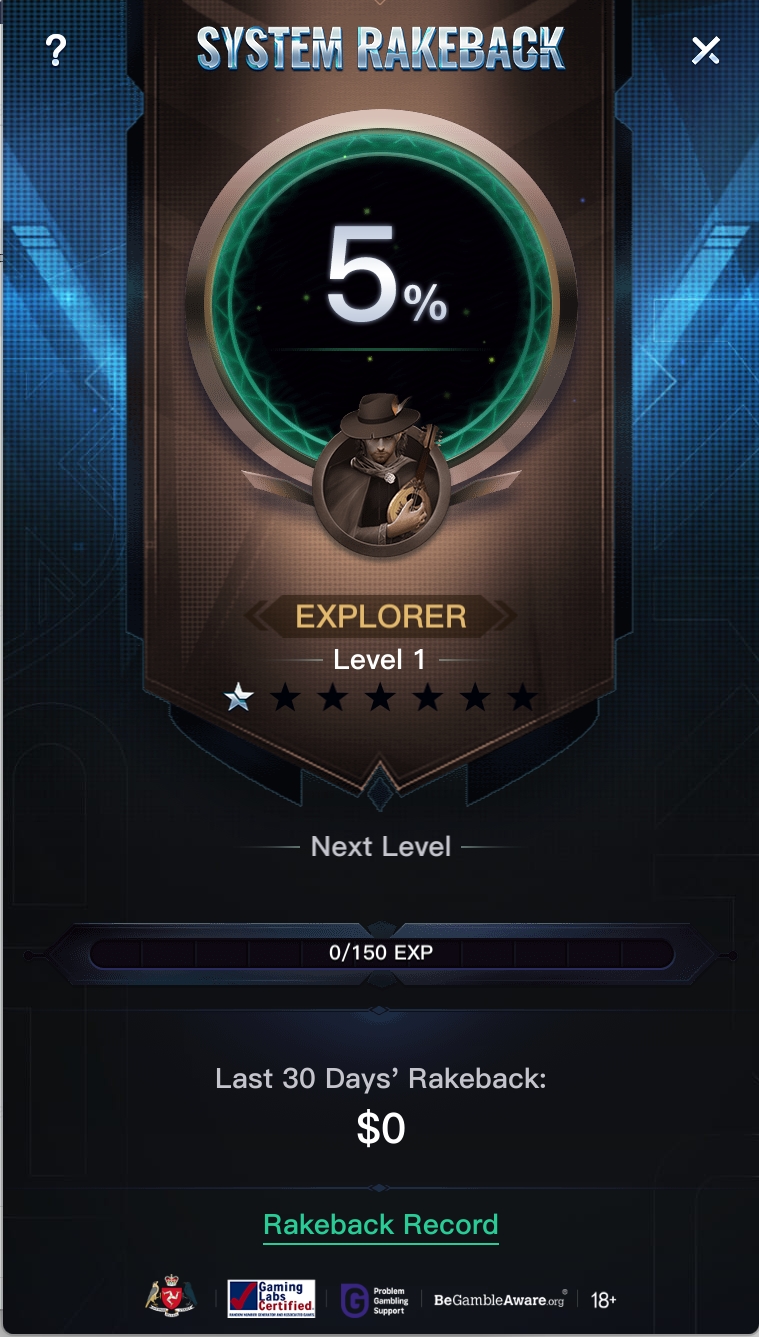 To Players who had rakeback from club in the past

You will continue to enjoy the Set Rakeback % by your club owner. If your own System Rakeback grows to a level that has a higher Rakeback % than your existing Set Rakeback %, you will be getting the higher %!

Note: You will only view the higher Rakeback % page
via your Instant Rakeback interface. 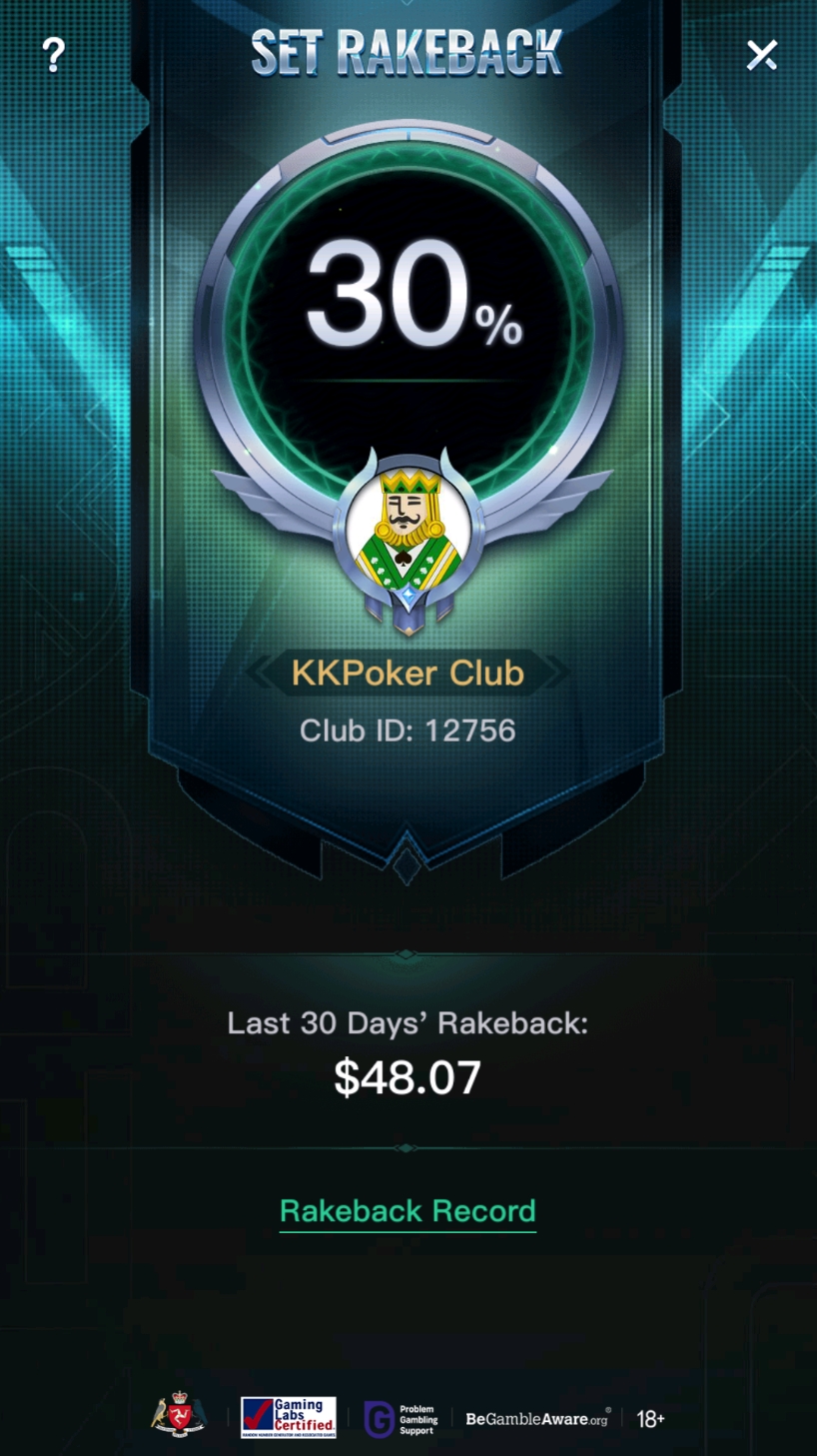 Note: You can check your System RB progress here.
Play more to grow to achieve even higher RB%. 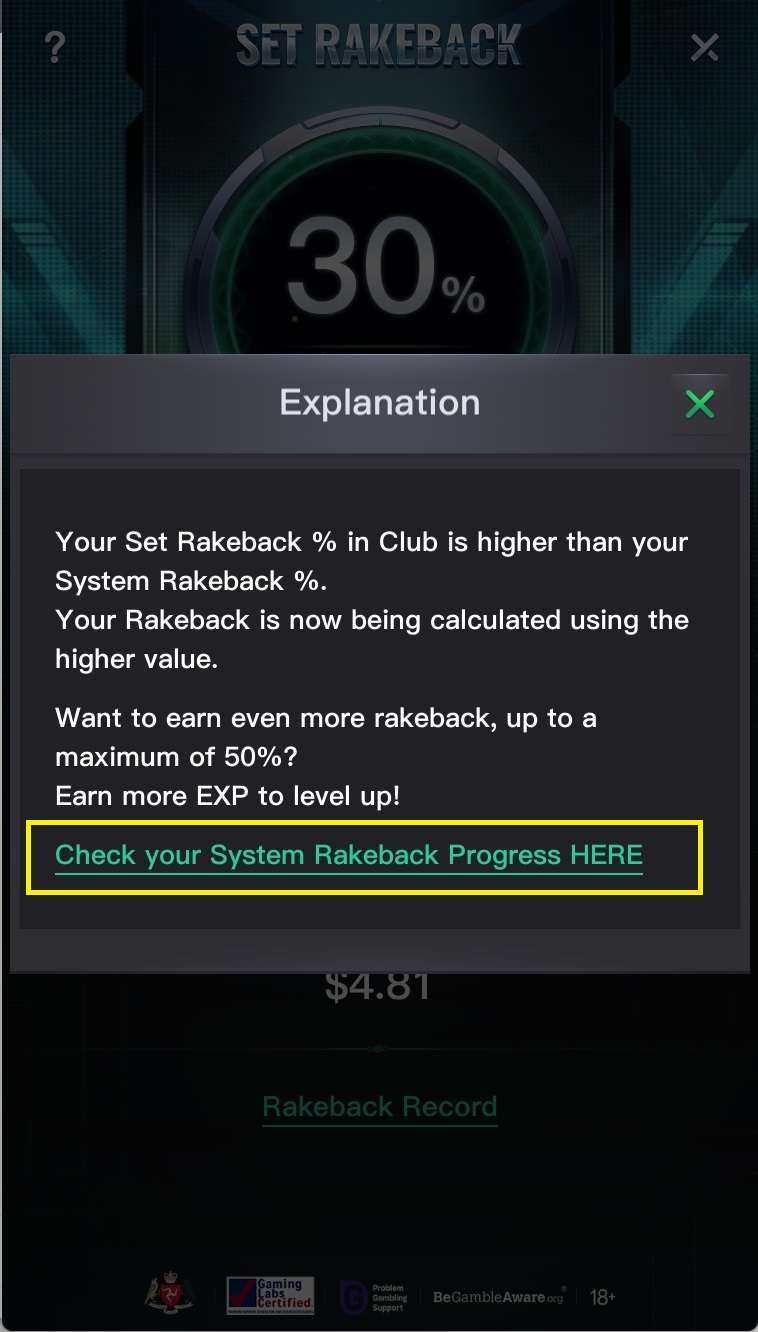 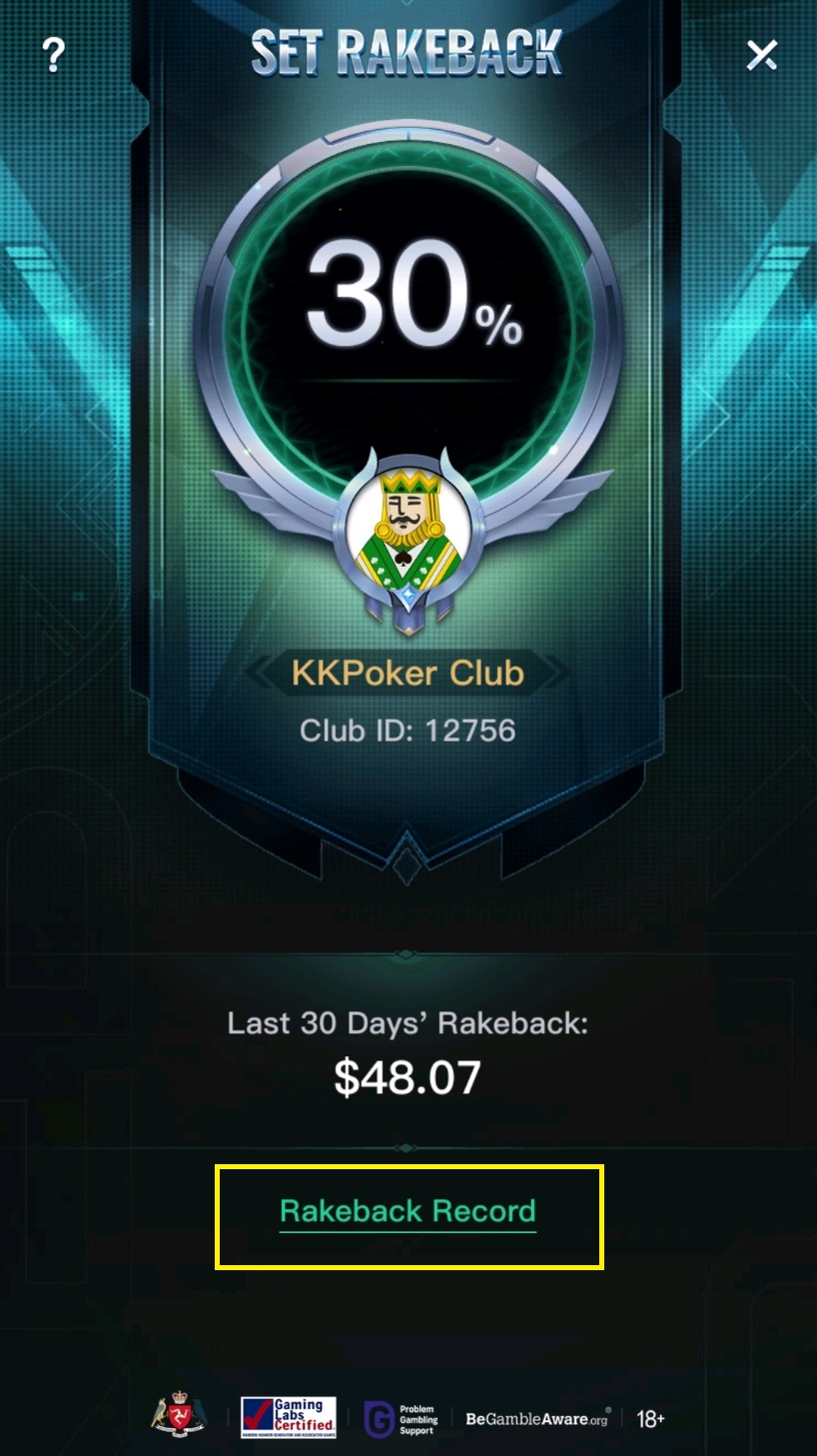 Agent rakeback earnings will now be contributed by:

1. Their own rake is multiplied by the Set Rakeback % by the club owner, the same as all the other players. (Max. 50%)

2. Club earnings on their downlines multiplied by Agent Share % set by the club owner. It's a new metric for the club host to set. (Max. 70%) 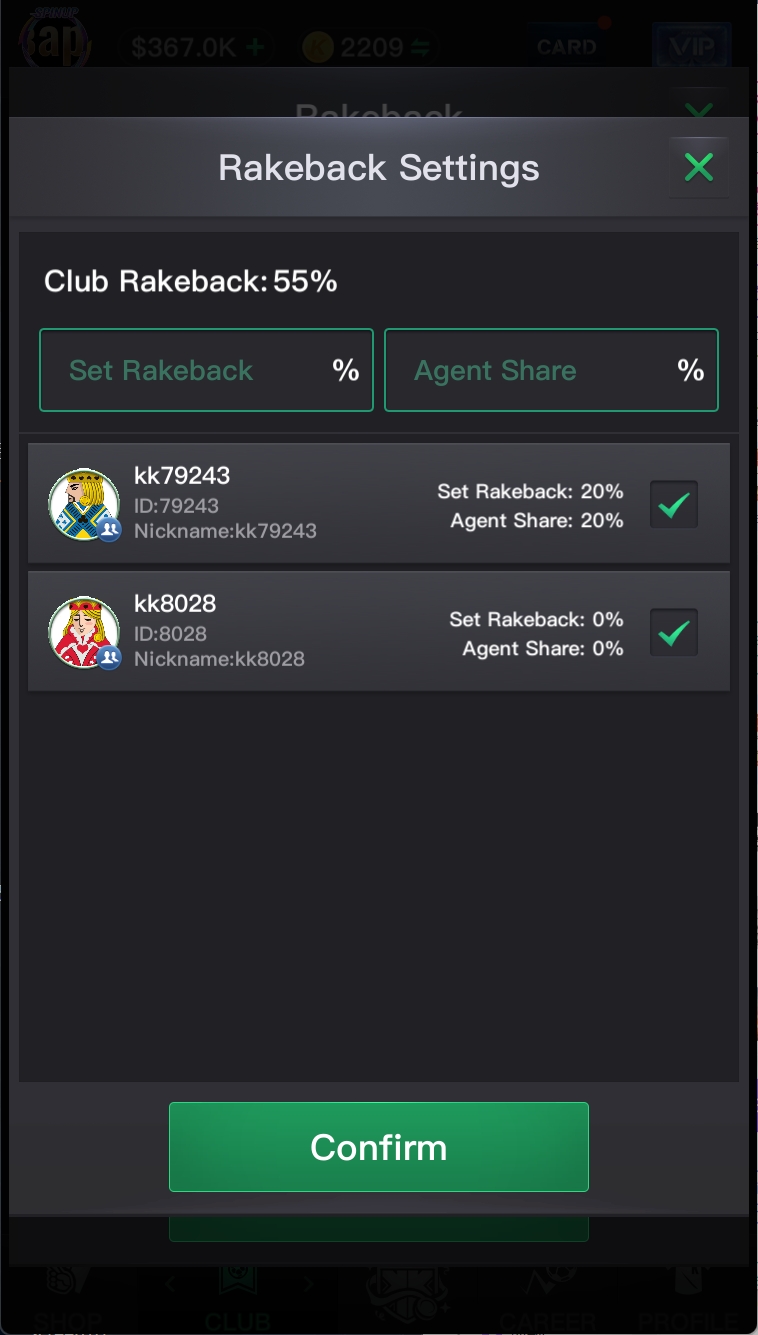 Note: Like all the other players,
agent's rakeback earned by their own play will be recorded here. 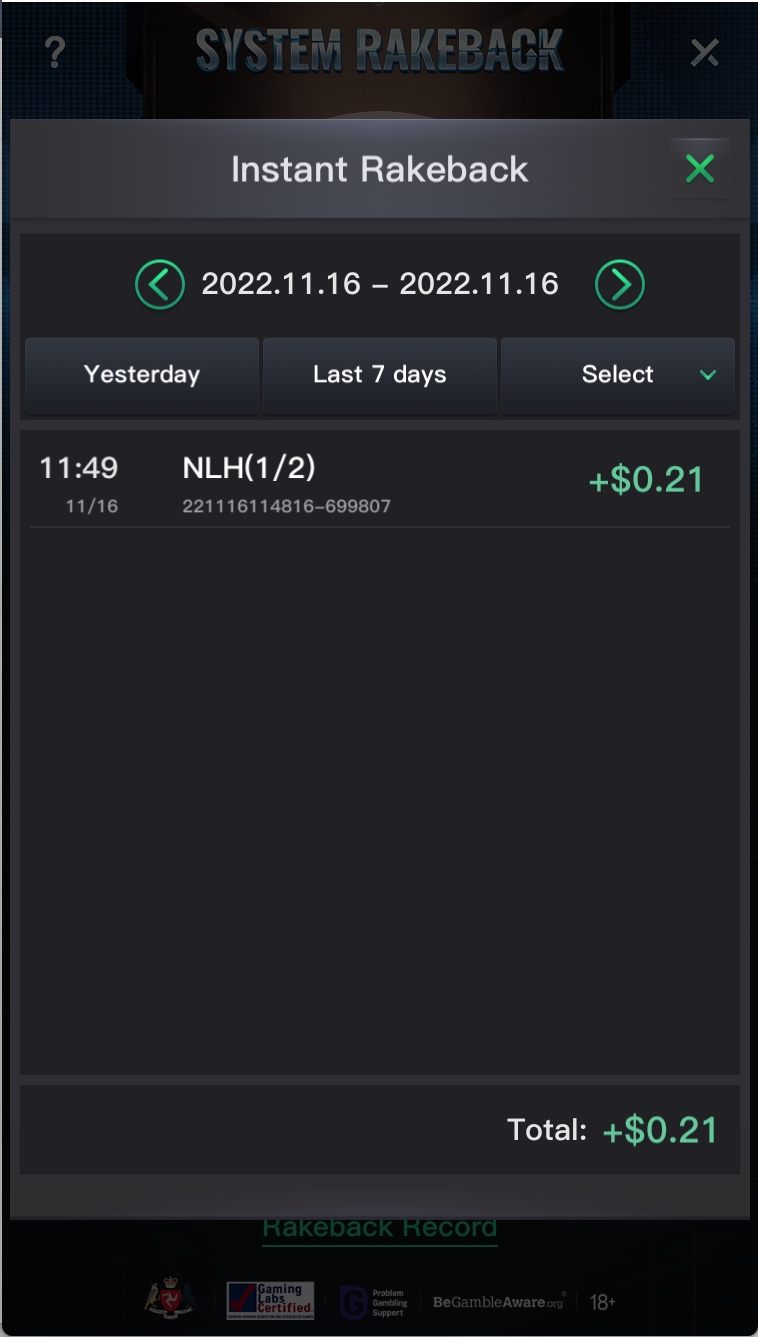 Note: Agent's earnings from downlines will be displayed here.

The new Instant Rakeback changes will bring even more playing enjoyment for all and give you more potential to receive more Rakeback from your play.