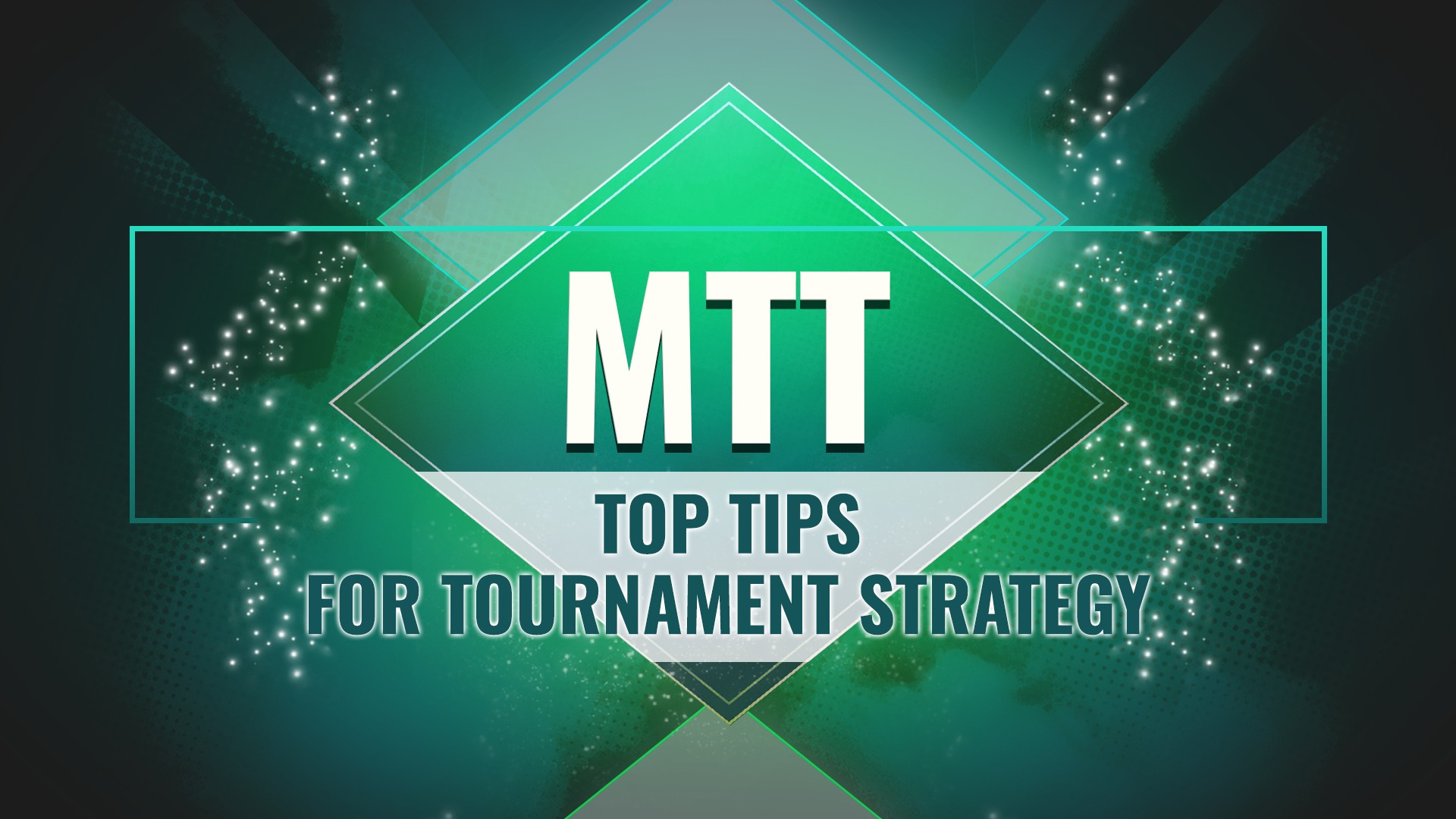 Multi-table Tournaments (MTT) are arguably the most exciting of all poker formats, with players of all skill levels competing for a share of the prize pool and glory!

MTTs come with many changing dynamics, all of which must be considered when building up your all-important chip stack in a bid to win cash prizes at KKPoker!

Here are some vital poker MTT strategy tips for you to put into practice at KKPoker!

Basic MTT rules for popular formats such as NLH and PLO4 are as follows:

· NLH – Each player is dealt two hole cards. The player who bets last, or makes the best five-card poker hand using a combination of hole cards and the board, wins the pot.

· PLO4 – Each player is dealt four hole cards. The player who bets last, or makes the best five-card poker hand using two of their hole cards and three cards from the board, wins the pot.

· MTTs come with a set buy-in amount, with the option for rebuy and add-on, if applicable.

· Blinds, and Antes if applicable, increase every level.

· Prizes are awarded based on the applicable payout structure. The tournament ends when only one player has chips remaining.

You may have heard the poker expression – The Power of Position.

The Dealer Button, Small Blind and Big Blind move clockwise after every hand, meaning each player's starting position for each hand changes.

An important poker strategy relating to this is hand ranges.

In simple terms, hand ranges are the hole card combinations players should play from each starting position. Certain table factors will affect this, including your amount of chips, your opponents' amount of chips, and the previous action, i.e. calls and raises.

Different poker strategies will have modified versions of hand ranges, although the fundamentals will be very similar.

Tip: Hand ranges can be thought about in a simple way to understand. The more opponents you have to face, the fewer hand combinations you can raise.

If you are the first player to act (known as Under the Gun), the hand combinations you should play will reduce as you will often have 7 or 8 opponents acting after, all with the potential to call or raise your bet. Playing too 'loose' from early position can lead to tough unnecessary decisions.

Probably the most interesting element of tournament poker is how your strategy must change as the game progresses.

The early levels are important for many reasons, such as learning opponent tendencies like bet sizes.

Still, it is essential to remember a tournament cannot be won in the early levels and should be seen as a marathon and not a sprint. Early level pots will often be tiny compared to your equivalent chip stack, so it is best to play tighter and preserve your chips for the later levels.

This period can make or break your tournament. If you have a large stack, use it to pressure your opponents by increasing your open raises and reraises.

If you are playing a smaller stack at around 30BB or less, you should pick your raising spots carefully and focus on situations to 'steal the blinds' by raising from late position or aiming to double up by moving all in.

Success in poker tournaments relies on your ability to 'cash' - a term to describe reaching the prize pool positions. When only one elimination is needed before all the remaining players enter the prize pool, it is known as the Money Bubble (often referred to as the 'Bubble'.)

For example, 26 players remain, and 25 places are paid. The tournament is now on the Bubble. In most cases, the game will move to hand-for-hand play, and all tables must complete their active hands before moving on to the next hand, ensuring fair play and that no one table is playing faster or slower than the rest. The bubble 'bursts' with the elimination of the next player(s), and the hand-for-hand play ends.

Tip: Make sure to be aware of your opponent's chip stacks to avoid mistakes. For example, raising into big stacks is likely to be met with greater resistance, so be prepared to play postflop. Short stacks are less likely to call due to having less play-ability postflop, so they are more likely to fold or reraise all-in.

By this point, you will have progressed past the money bubble and be guaranteed a prize. But now comes the most critical action and the time to play your best game with total concentration as you aim to increase your chips for a place at the final table.

In this game stage, the tough decisions concerning going all in or folding will significantly increase.

Be sure to study opening all in hand ranges for chip stacks worth between 10-20 big blinds. It is also essential to learn 3-bet shoving ranges, as the chance to open shove will decrease, as the big stacks look to pressure by increasing their open raising ranges.

If you hold a big stack, it will be your opportunity to pressure the smaller stacks while avoiding confrontation with fellow big stacks when holding weaker hands.

If you made it to the final table, then congratulations! It's time to go for the victory!

The biggest prize payouts in tournament poker naturally lie in the top positions, so your final table strategy should be about managing survival and progression. Final table payouts should be considered, which often leads to a change in strategy.

Sticking to +EV (expected value) hand ranges based on your chip stack is a solid strategy for beginner players. However, as you become more comfortable with this, you will need to consider the increasing prize money as each opponent is eliminated. In poker, this is called ICM consideration.

ICM (Independent Chip Model) is a mathematical model used to calculate a player's overall equity in a tournament. In simple terms, the value of your chip stack is compared to the total chip's in-play and the remaining total prize pool.

You should consider how many opponents have fewer chips and if going all in would be +EV and positive regarding your ICM value.

Tip: Understanding ICM will take time and should be included in your advanced strategy learning. Try using free ICM calculators to improve your knowledge.

Making the final 2 of any poker tournament is a rare and great achievement. Many players will often only have the experience of heads-up play in Cash or short-handed formats like SpinUp and SitNGo (SNG).

To maximise your potential of winning MTTs, you should study heads-up strategy and play short-handed poker formats.

Practice in KKPoker SpinUps today and improve your skills while having the chance to win a 10,000x jackpot prize pool!