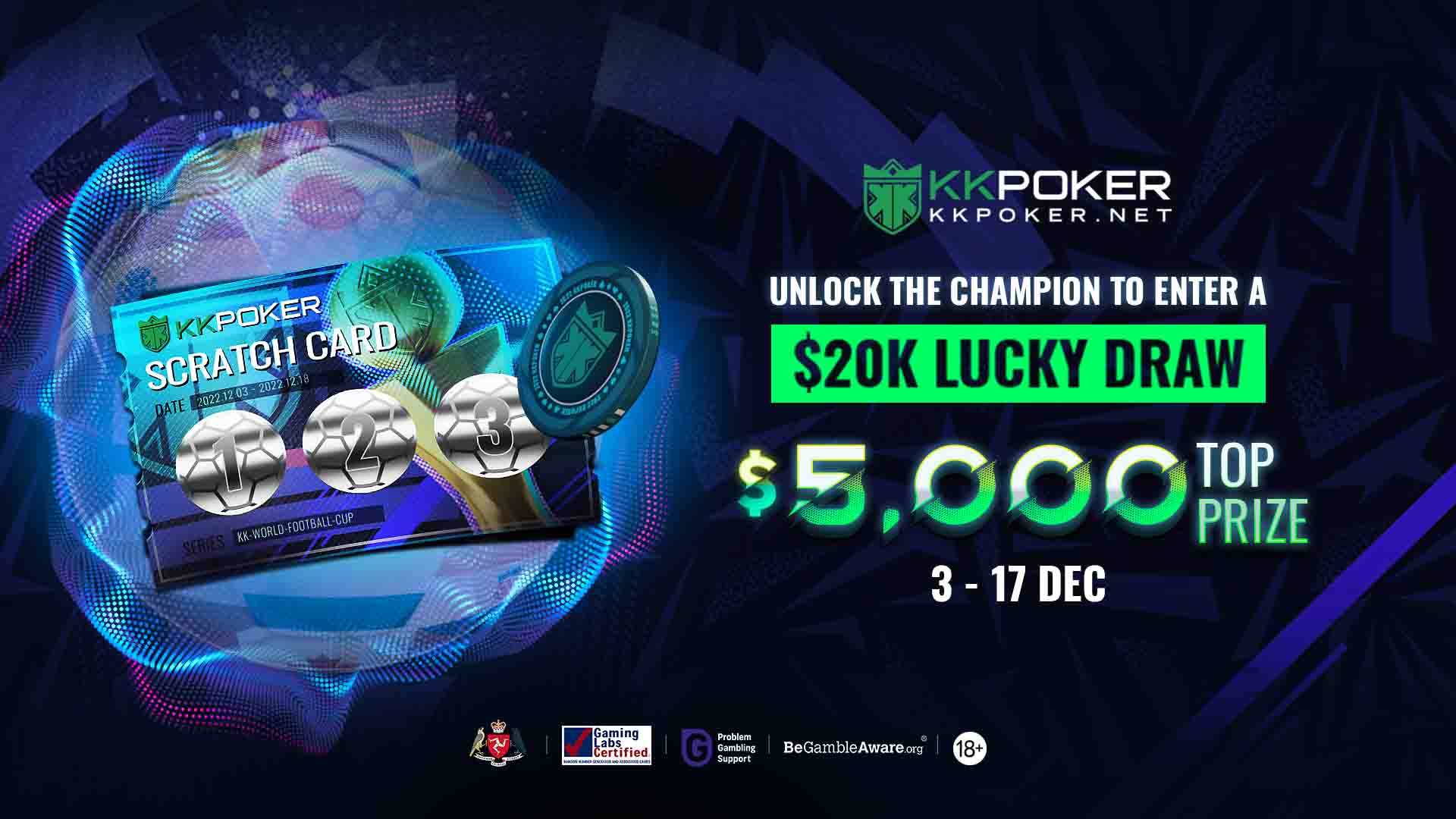 Earn your share of a massive $20K+ worth of giveaways at KKPoker during the 2022 World Football Cup!

Unlock Country Cards and aim for a full collection for an even greater chance of joining the $20K Lucky Draw on 19 Dec 12:00 GMT.

HOW TO COLLECT SCRATCH CARDS?

There will be nine weekly missions and you can collect a total of 18 Scratch Cards.

HOW TO WIN A PRIZE? 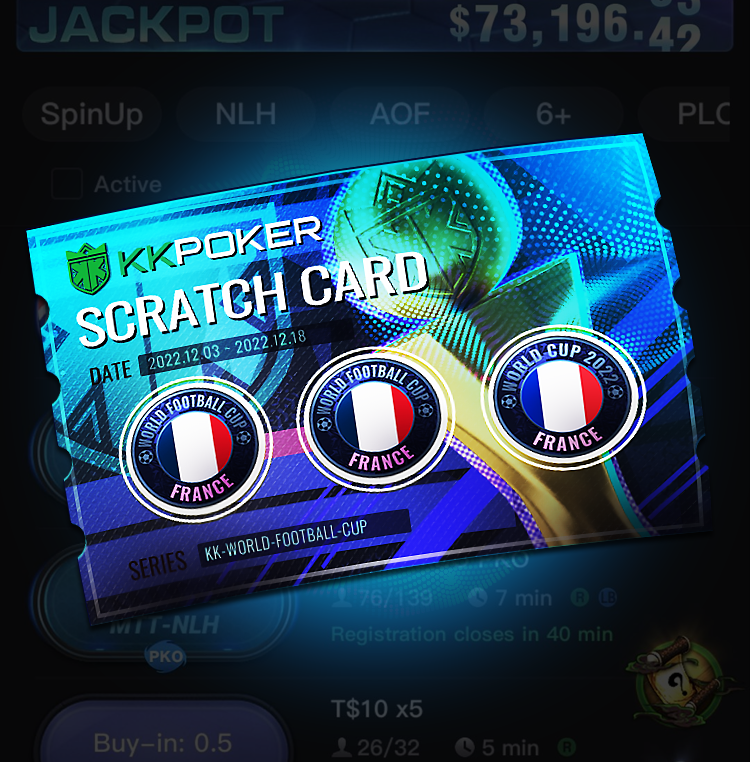 Bonus Card features 3 country flags, all of which are different countries. For example, one France flag, one Netherlands flag, and one Morocco flag. 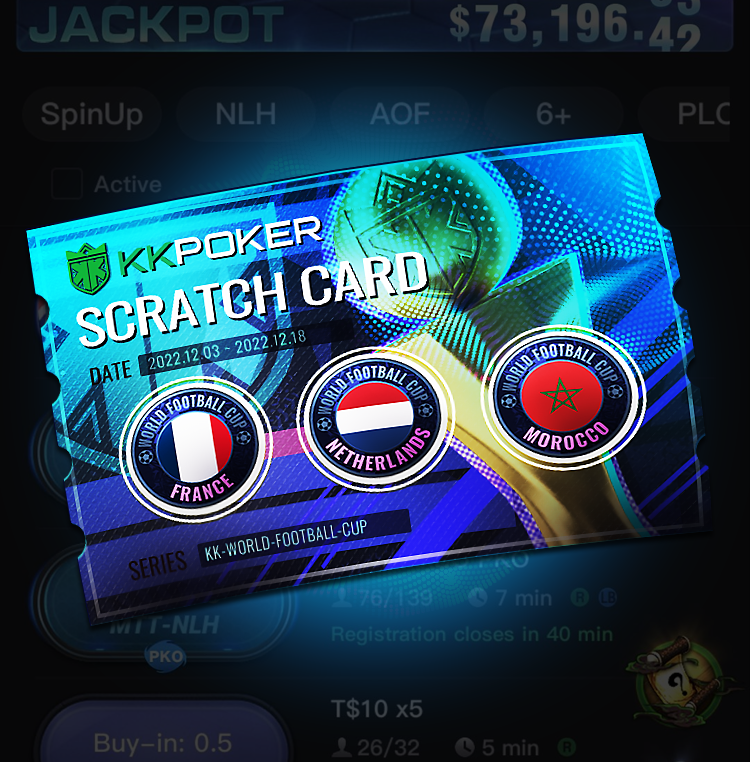 Advanced Bonus Card features 3 country flags, 2 of which are the same country. For example, two France flags and one Netherlands flag. 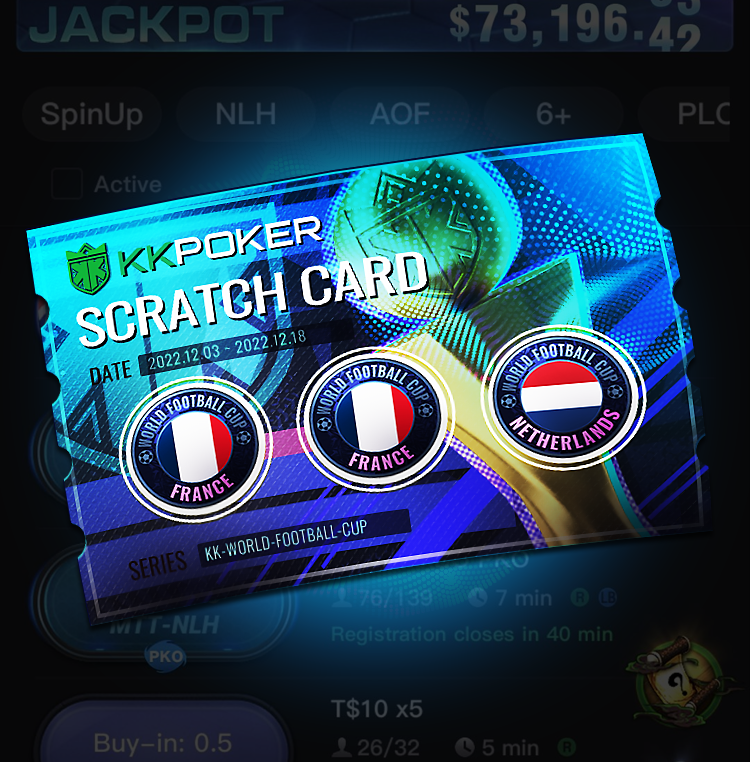 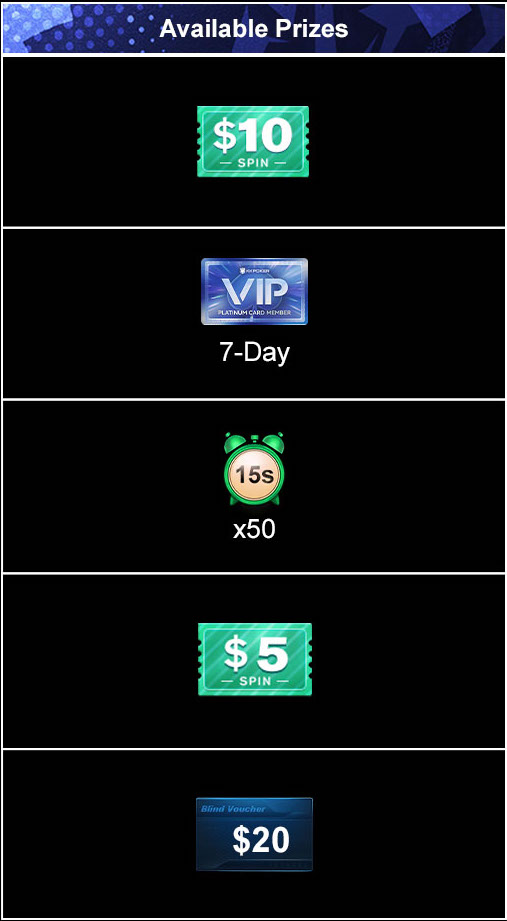 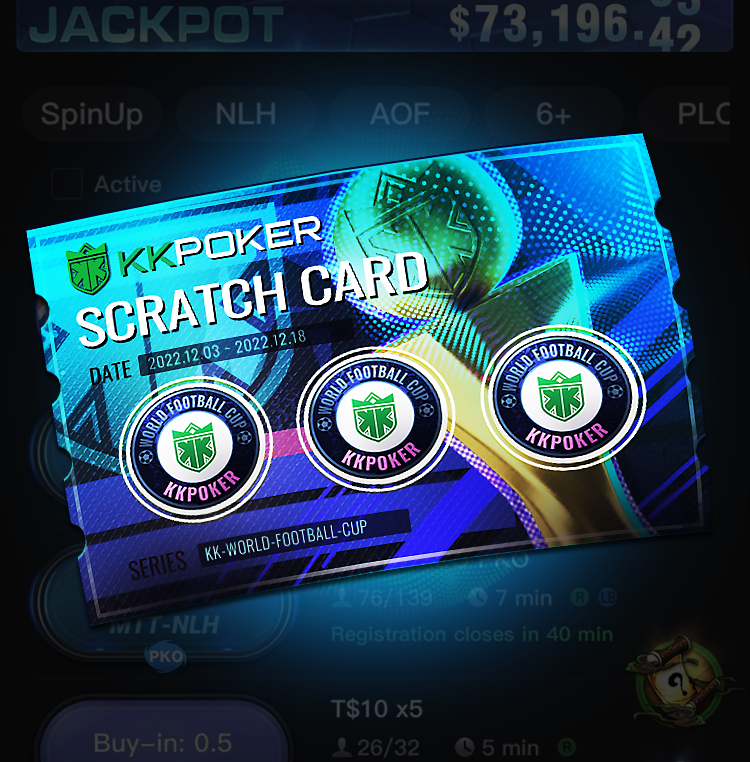 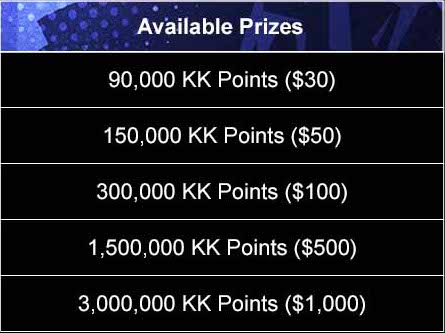 Take your experience of the 2022 World Football Cup to the next level at KKPoker!

Join in the action daily and easily get boosted rewards.

Your participation in this promotion is subject to the General Terms and Conditions for KKPoker Promotions.

ROCKET SERIES IS BACK! OVER $25K GTD!